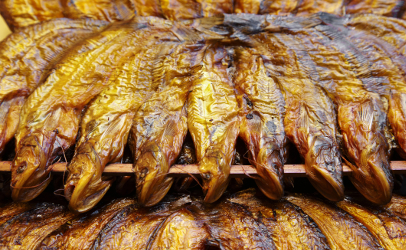 Imported dried yellow fish is being recalled by WD import and Export Inc. because the fish may be contaminated with Clostridium botulinum. The recall was issued after the New York State Department of Agriculture and Markets Food Inspection’s testing program revealed the contamination. The fish was produced in China and then exported to the United States. Contaminated products were sold in retail stores across New York City. They were packaged in unlabeled bulk boxes and were likely sold without any identifying marks or codes.

Health officials have warned not to consume any dried fish, even if the fish does not smell or look spoiled. Officials also recommend returning the products to the store where they were purchased. Investigators discovered that the fish was not eviscerated properly before being shipped to the United States. So far, no illnesses have been connected to this recall.

Clostridium botulinum bacteria causes the potentially fatal disease botulism. Botulism poisonings are fairly rare in the United States, with only 145 cases being caused each year. The symptoms of Botulism poisoning will appear between 12 and 36 hours after infection, and will include dry mouth, facial weakness, paralysis, trouble breathing, vomiting, abdominal cramps, and vision problems. Because of its severity, it is very important to contact a medical professional if you you or a loved one begins to show the symptoms of Botulism.