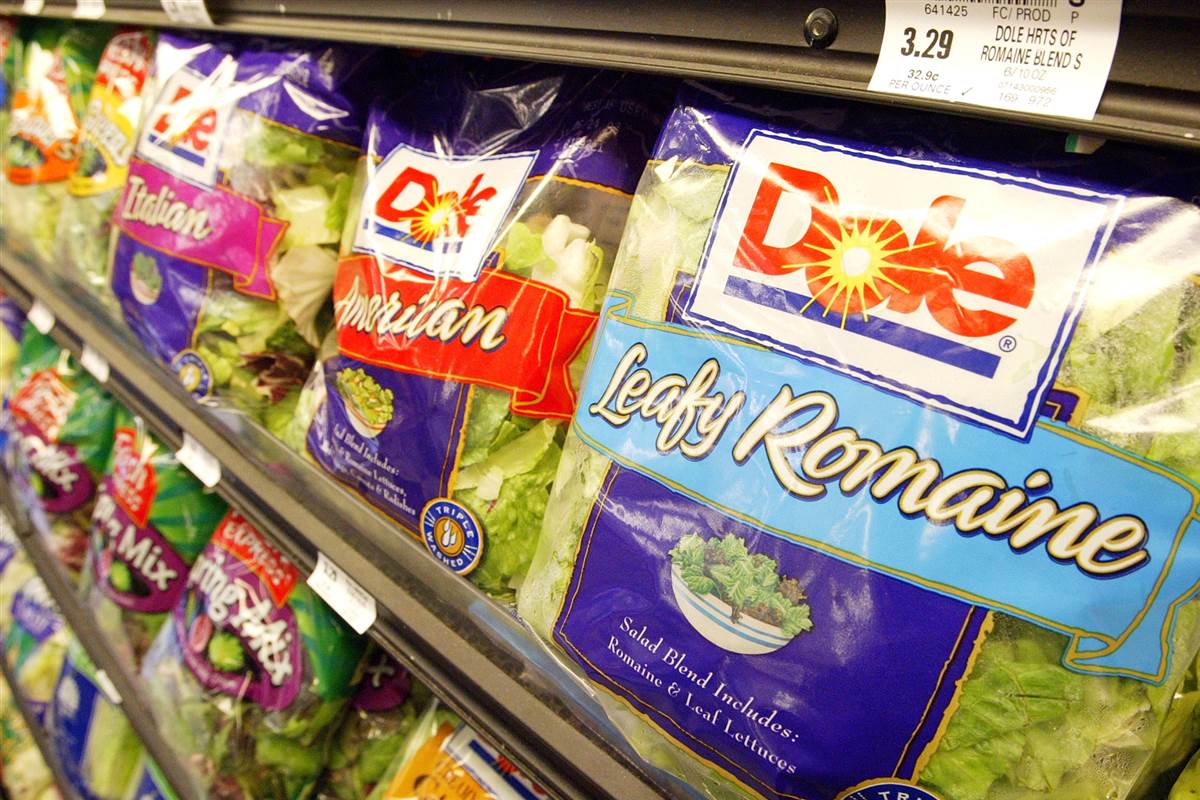 On January 22, 2016, Dole Fresh Vegetables, Inc issued a recall for all packaged salads processed at its Springfield, Ohio facility after the products were linked to a Listeria monocytogenes outbreak. A variety of brands are affected by the recall, including Dole, Fresh Selections, Simple Truth, Marketside, The Little Salad Bar, and President’s Choice. Products that were produced at the Springfield, Ohio facility can be identified with the letter “A” at the beginning of the product code. This code can be located in the upper right-hand corner of the package. Packages marked with product codes beginning with the letters “B” or “N” are not included in the recall. The recalled products were distributed to retail locations and restaurants in 23 states, including Alabama, Connecticut, Florida, Georgia, Illinois, Indiana, Kentucky, Louisiana, Michigan, Massachusetts, Maryland, Minnesota, Missouri, Mississippi, North Carolina, New Jersey, New York, Ohio, Pennsylvania, South Carolina, Tennessee, Virginia, and Wisconsin. Three Canadian provinces were also affected by the recall, including Ontario, New Brunswick, and Quebec.

This recall announcement accompanies the CDC report that links Dole salads to an ongoing Listeria monocytogenes outbreak. Twelve people have been sickened in 6 states. During interviews conducted by the CDC, 5 out of 5 people reported eating salad in the month prior to being sickened. Only two of the people interviewed were able to indicate the specific brand of packaged salad. Both people reported that they had eaten Dole salads. All twelve people sickened have had to be hospitalized. One death was reported in Michigan. Health officials have recommended that consumers and restaurants dispose of the recalled salad to prevent its consumption.

Listeriaa monocytogenes infections, referred to as Listeriosis, can be very serious. Listeriosis usually occurs after eating food contaminated with the bacteria. Symptoms will generally appear between 3 and 70 days after infection. Symptoms of Listeria poisoning include fever, nausea, diarrhea, headache, stiff neck, and muscle aches. Children, the elderly, those with HIV/AIDS, and pregnant women are at a greater risk of infection. If you or a loved one ate recalled Dole salad and begins to show the symptoms of Listeriosis, contact a medical professional.